* Maintain the social media profile of Blocknet and as a brand co-lead, manage and train the social media team.
* Ensure communications from the developers and marketing team can be transmitted in a clear and timely manner to the community.
* Compile and write regular newseltter and coin recaps, write and contribute to articles and continue to contribute to various marketing materials and initiatives.
* Respond to the community.
* Manage, source, correspond and coordinate payments to news and media outlets.
Cost Assessment:
A fixed amount of 35 BLOCK (I will be absent for 20 days while I am on holiday)
Total: 35 BLOCK from Superblock 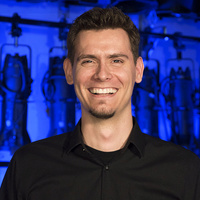 * Lead team efforts in executing marketing strategies
* Manage design, copywrite, and  web development vendors
* Uphold Brand Guidelines and uniform messaging
* Build relationships with every project Blocknet supports
* Handle daily marketing & administrative responsibilities
* Oversee and assist community based marketing initiatives
* Take on creative tasks that include writing, design, and media production
* August Goals
- Release Q3 marketing plan
- Roll out active social media teams, include teams with other language
- Release full website translations
- Launch new "Press Info" webpage
- Continue web development of Coin Portals and community tools
- Self host articles and press releases on the Blocknet website
Total: 773 BLOCK from Superblock (BLOCK @ $10.50)
If this proposal passes but is bumped from the Superblock due to there not being enough room, this will be paid out from the Marketing Fund. 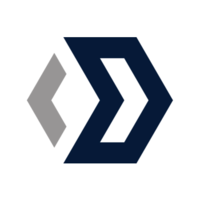 DX Automated Setup
I am code reviewing and releasing the long awaited Block DX automation. The team has been working on this for several months, and we are very excited to get this out the door. In case you're wondering, we asked Hanni to lead this effort so that the rest of the dev leadership could focus on XRouter and the new wallet, he did a great job.

DX Place Order by Price
Currently in development, I will be reviewing and releasing this feature in August.

Trade History
I am code reviewing this feature (part of the core wallet) and we are planning on releasing this in an August wallet update. This will allow users to see historical data in the DX.

XWallets
I am code reviewing this feature, and if possible releasing this at the end of August. This may require servicenodes to recreate their snode inputs, as a result, we may have to release this in September. We're trying to solve this without impacting existing snodes.

XRouter
I will be involved with the XRouter development, including code reviews and architecture.

Coin Control in the New Wallet
I will be releasing the coin control feature in the new wallet.

Proposal UI in the New Wallet
I will be releasing the new proposal UI and voting feature in the new wallet for servicenodes. You will be able to vote from the wallet UI without having to use custom cli commands.

Trade History UI
I will be releasing this in September, this will allow DX users to see historical prices in the DX UI electron app. It's dependent on the work completed in the Trade History feature.

This proposal supports the ongoing efforts to develop the DX UI electron app in August and part of September. Our JS dev will be aiding the core team in the DX UI roadmap items.

Last edited by hanniabu on Thu Feb 27, 2020 12:27 pm; edited 2 times in total (Reason for editing : added what party is responsible for which task) 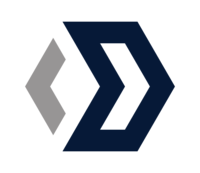 Cost Assessment:
A fixed amount of 250 BLOCK (calculated at 25 hours/week, $12.48 current 30-day M.A.)
Total: 250 BLOCK from Superblock (240 + 10 BLOCK proposal fee)
If this proposal passes but is bumped from the Superblock due to there not being enough room, this will be paid out from the Marketing Fund.

The purpose of this proposal is to maximize unminted Superblock funds in order to limit the amount of BLOCK paid out of the community funds this month.  Proposal is for 475 BLOCK that will be paid to our Development Community Fund address.